Two months ago standing atop the summit of Mount Diablo State Park I was tired after my climb up three three of the park’s four tallest peaks. It was quite the accomplishment I thought at the time but yet something was missing. The fourth peak had eluded me. Drenched in sweat standing on the summit yesterday I realized I had reached my goal, the four peaks in one hike were mine. 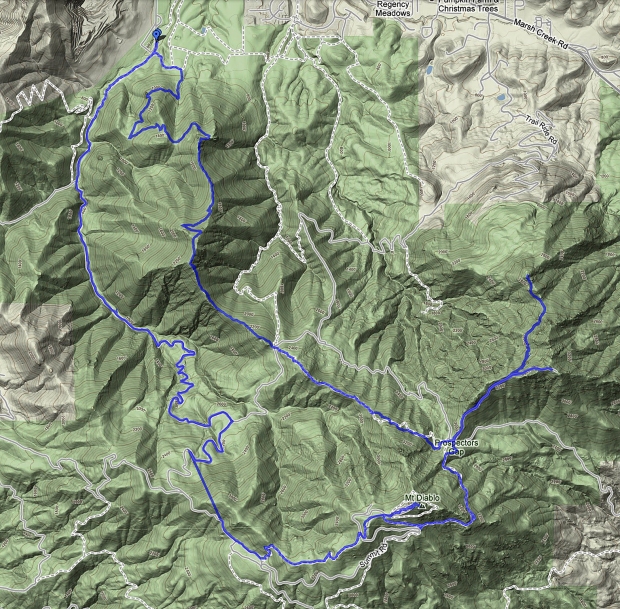 I had read about the four peaks hike on the web while looking for a good trek at Mount Diablo. The hike takes the hardy hiker to the top of the four tallest peaks in the park, Eagle Peak at 2,369 feet, Mount Olympia at 2,946 feet, North Peak at 3,557 feet and the Mount Diablo Summit at 3,849 feet. While everyone seems to have a different route one thing was for sure it is considering a grueling hike at 15 plus mile with well over 5,000 of elevation gain. 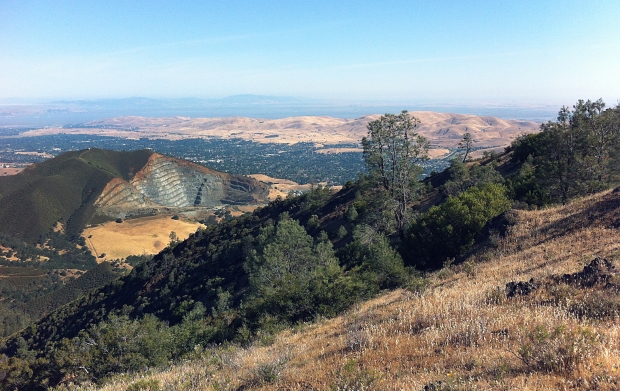 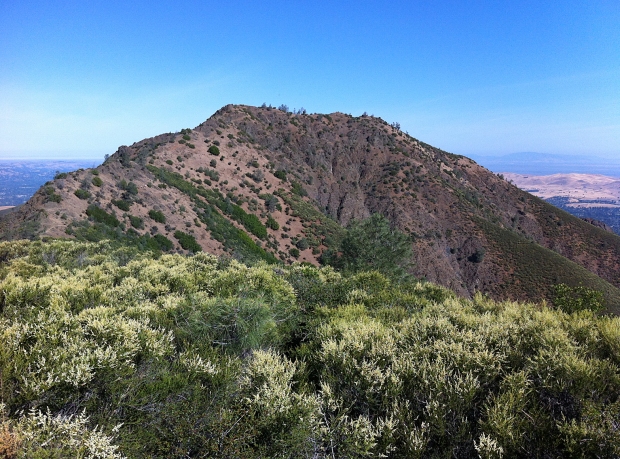 I made a shortened version of the hike climbing all bu the most distant peak Mount Olympia, at the end of March. I remember passing by the trail entrance to peak but passing on the chance to climb it. Like an itch you just can’t quite reach the thought of coming up short on the epic hike bothered me. The thought kept tugging on me and late last week I made up my mind to sink or swim, all four peaks or bust.

I had discussed my hike at work and the newspaper’s managing editor asked to come along so early Saturday morning we headed out from the Mitchell Canyon Staging Area to begin our adventure. My plan was to make a loop up Eagle Peak, head along Bald Ridge Trail to Prospectors Gap. There we would pick up north Peak Trail scale that peak, trek across to Mount Olympia and then up to the summit for the fourth and final peak. Easier said than doen for sure. Mid May temperatures would put the trail into the low 90s for much of the day. I packed litres of water for the hike and hoped that would get me through.

I didn’t take too many pictures this hike, I was to busy just enjoying the view. The summer months are almost upon us and the mountain is about to lose it’s green for the summer yellows. Looking out across the canyons and peaks the air was a deep blue with a thin low haze line. Picture postcard views followed the path up Eagle Peak. Along the route up we reached Twin Peaks at 1,733 feet. I never really though of it as a serate peak since it is just along the route but I stopped long enough to snap a picture of the sign marker and down some water. The heat on the mostly exposed ridge lines was already getting bad early in the day.

Atop Eagle Peak I looked across the canyon to the foreboding sight of the Summit and North Peak in the distance. two months ago I faced that view with a sense of uncertainty, this time it was just reconciling myself to a long climb up Bald Ridge. While Eagle Peak and the Summit Trail are popular destination for visitors Bald Ridge andNorth Peak are strictly for the serious hiker. Steep sections of  single track trail sap your strength and the heat only made things worse. CLimbing was slow and I took frequent rest stops. Arriving at North peak you are rewarded with one of the steepest final climbs in the park along loose gravel. Hiking poles are a savior both going up and down the slippery slope. 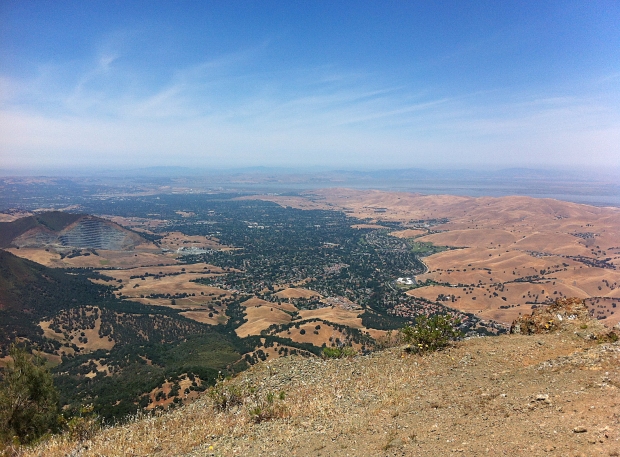 I made the trip alone to Mount Olympia from the North Peak trailhead. The trail leading to the top of Mount Olympia was the most treacherous of the day. Narrow, steep and filled with gravel and rocks to test your traction and balance as you ascend the peak. But the view looking out is nothing short of spectacular, worthy of any effort. Alone on the peak I sat down and just soaked in the view. It is a unique sensation to be alone in such a vast space. My third peak under my belt I made the slow hike back up the mountain for the final climb to the Summit building. The climb back to North Peak had me winded so in the cool shade of a cell tower building I caught my second wind. Off in the distance we could see the weekend hiker without poles stumble down the steep section of North Peak’s trail. Finally it was time for the Summit Trail.

A series of long pulls carry you up side of the mountain to the Lower Summit Parking Lot. From there it was a short walk on the Trail through Time to the visitor’s center. To make the trip official I photographed the last marker announcing the Summit and stood on the rock in the visitor’s center. I had made my fourth peak, fifth if you include Twin Peaks. I was exhausted, feeling the early effects of dehydration and a sore knee. The return trip to the parking lot would take me down Juniper Trail to Deer Flat to Mitchell Canyon Road and the staging area some seven miles away. 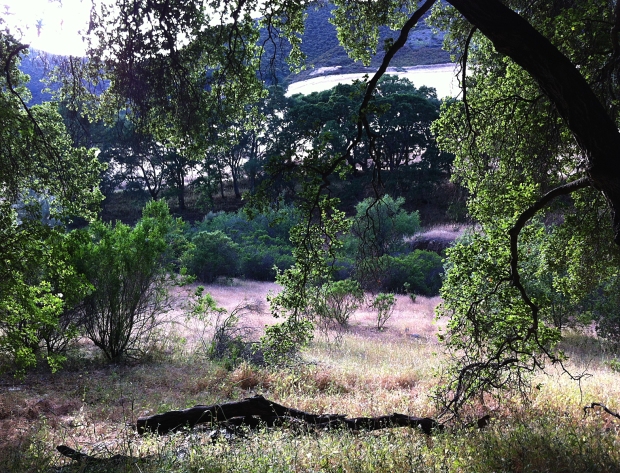 With the sun sliding behind the canyon walls and a cool breeze finally blowing along the canyon I arrived at my car a little before my hiking partner for the day. The hike had taken me a little over 11 hours. Four peaks with incredible views made this a day to remember. I reached my goal, it was a struggle but i wouldn’t trade a minute of it for the view looking out.