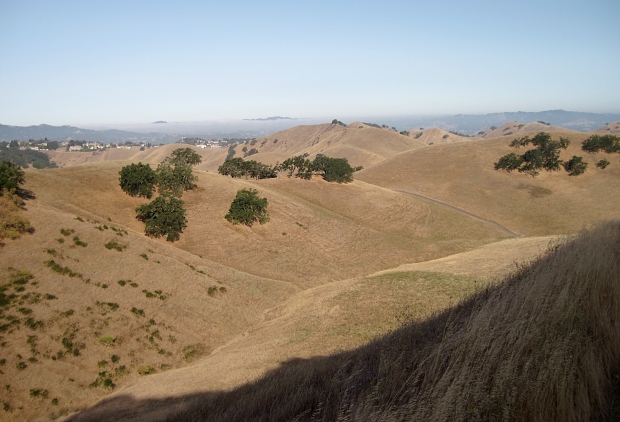 The summit of Mount Diablo has always been a favorite destination of mine and I needed a long hike to take my mind off of things. I was looking for different route and finally settled on a trip to Macedo Ranch where I would head to the summit from Wall Point Trail. 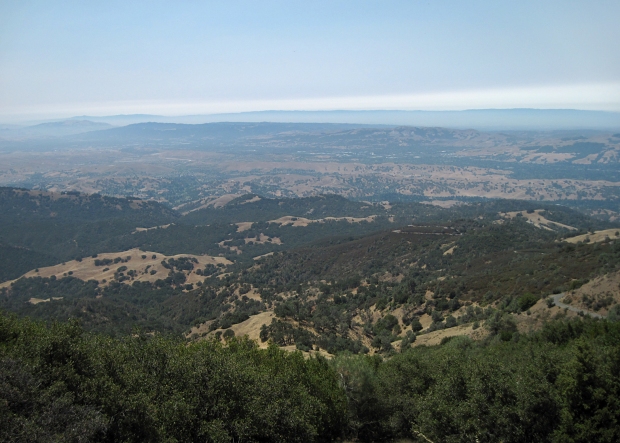 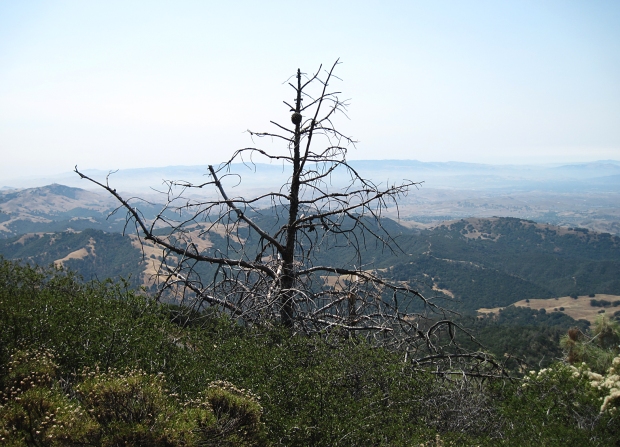 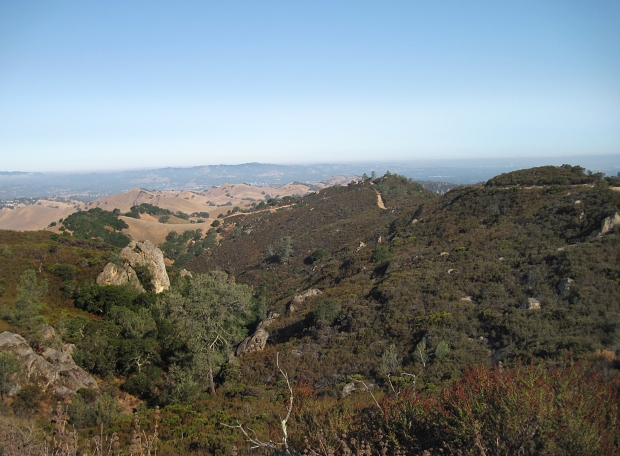 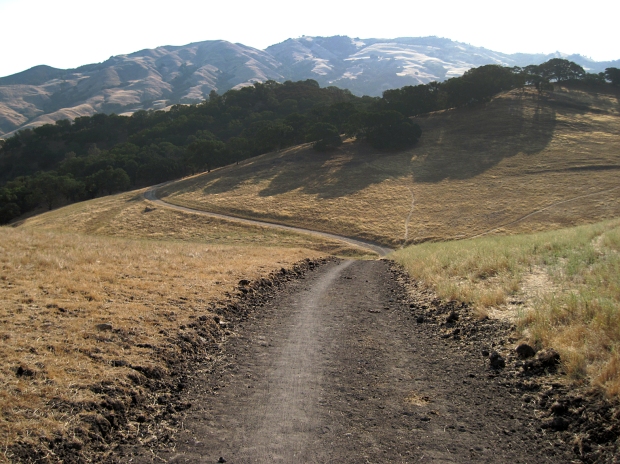 I have made several hikes from Macedo Ranch, there are several good hikes along Wall Point, Barbecue Terrace and Stage Road. If you can deal with the annoying dirt bikers tearing across the trail it makes for great hiking. Wall Point Trail leads to an approach to the Summit from the south along Summit Trail. I had never taken the southern route up the mountain so I was ready for some new vistas.

Saturday’s temperatures were expected to top near the century mark so I planned to pack five liters of water and a couple of frozen Gatorade.   I headed out on the trail at 8 a.m. and could already feel the heat reflecting off the dirt trail. I knew I had a long hike ahead of me.

Wall Point Trail climbs steadily carrying you next to Rock City where sandstone rock formation jut out from the side of the mountain. Sentinel Rock looms invitingly  close but I stayed on course arriving at Staircase Trail which connects to Summit Trail. Summit Trail is a calf burning continuous climb on a near shade less stretch of sun-baked trail that seems to go on forever. It took me an hour and a half of steady hiking to reach the Summit Trail and I had nearly two hours of uphill ahead of me. 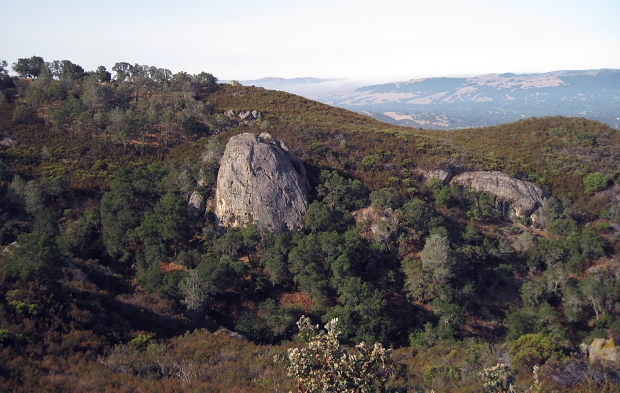 Looking back at the hike it may not have been the best idea to tackle a nearly 14 mile hike in that kind of heat. Stepping out of what little shade I could conjure I could feel the heat rush over me like opening the door of an oven. The heat and steepness of the trail made for slow going. I tried to drink water but it didn’t make much difference as I shuffled up the dirt trail. At about the mile marker I could see the summit building off in the distance. Struggling to keep a decent pace the summit building seemed to be taunting me from so far away.

Just about three and half hours int the hike I reached the summit, my fourth time this year, and took a break to cool down. I would retrace my steps down the Summit Trail but would take Barbecue Terrace Trail to Dusty Road back to Wall Point Trail and the parking lot. Dust Trail would be another series of climbs out of a small canyon. I took a couple of breaks as the afternoon heat was sapping my strength as I made the last few pulls up toward the parking lot. 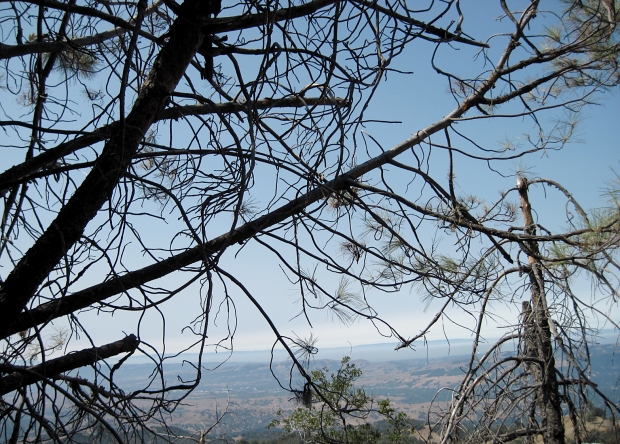 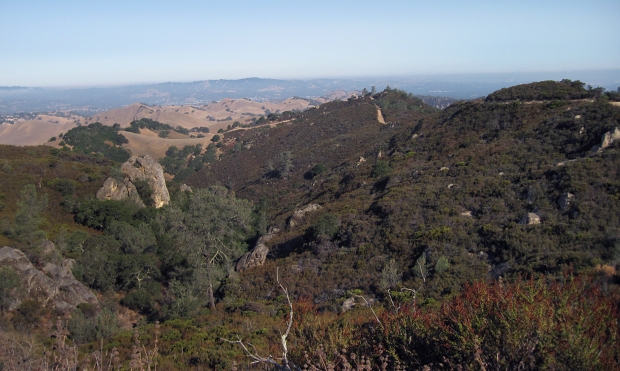 At just under 14 miles with just over 4,000 feet of climbing the hike was a good test in the hot conditions. I can scratch this hike off my list as I continue to explore the many wonderful trails of Mount Diablo.

← Round and about
Simple things →