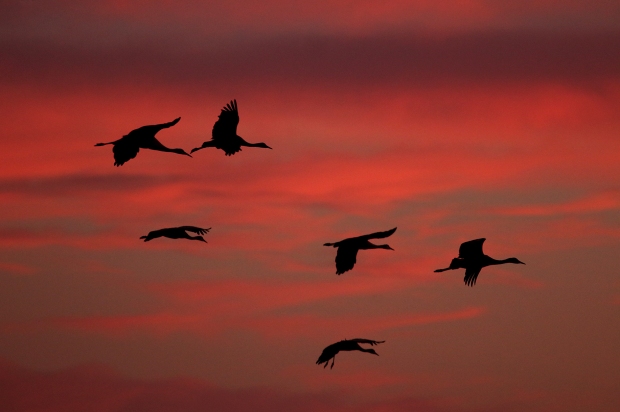 Every October I make a special trip to a small wetlands area outside Lodi. You wouldn’t think Lodi could be home to one of the prettiest scenes I can think of but it is true. As sunset approaches waves of sandhill cranes arrive to roost in the marsh as they make a stop for a about five months in their winter migration. 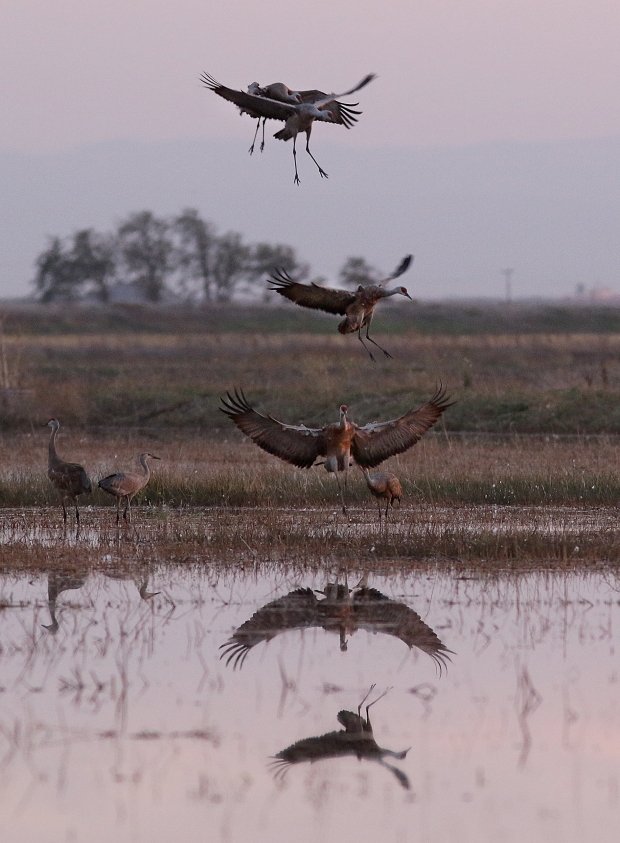 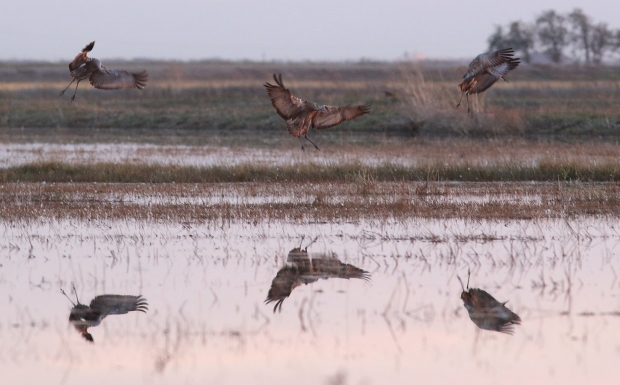 The Woodbridge Ecological Reserve also known as the Isenberg Crane Reserve sits just off Woodbridge Road near Lodi. it’s really nothing more than a dirt parking lot, a barbed wire fence and a small concrete viewing platform. But in the late fall and winter months a sort of magic descends at sunset as the cranes arrive. You hear that deep, guttural call resonating in their long throats as they approach the wetlands. At first sight they seem ungainly, almost prehistoric in appearance, but those wings hold a grace and beauty as they slowly descend to the water for their evening roost. 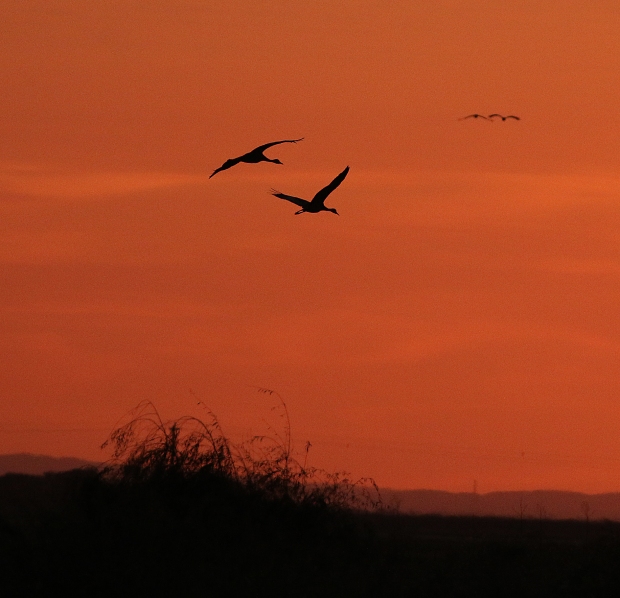 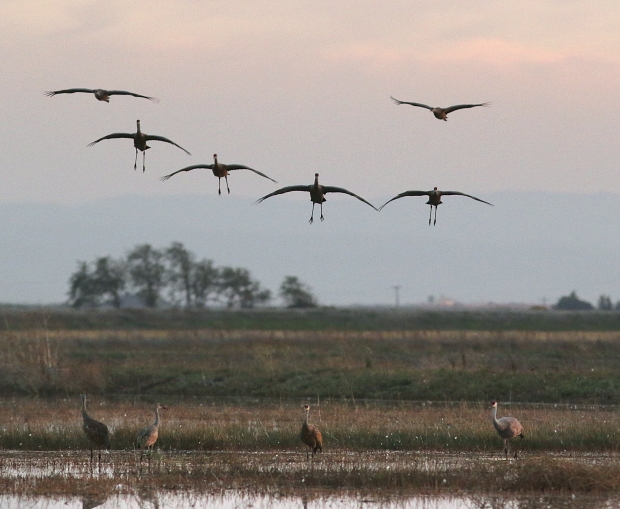 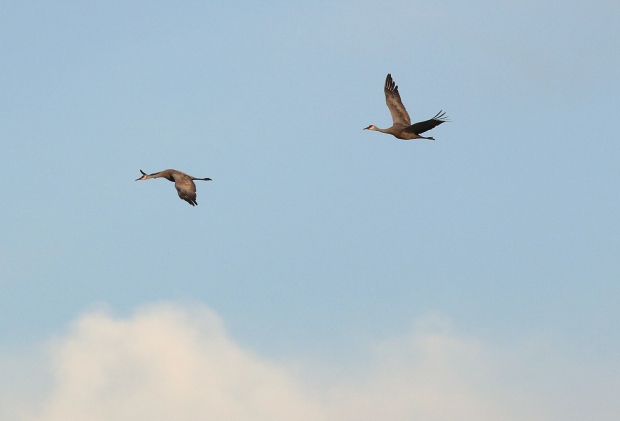 Half the magic is watching the light fade.  Far from the city the wetlands’ open spaces give a grand view of the sky as the sun slips below the horizon. A light cloud layer shifted hues as the sun dipped down, passing from a yellow sunset to red and then the deep indigo of twilight. The cranes  appeared in waves separating into clusters for their landings. 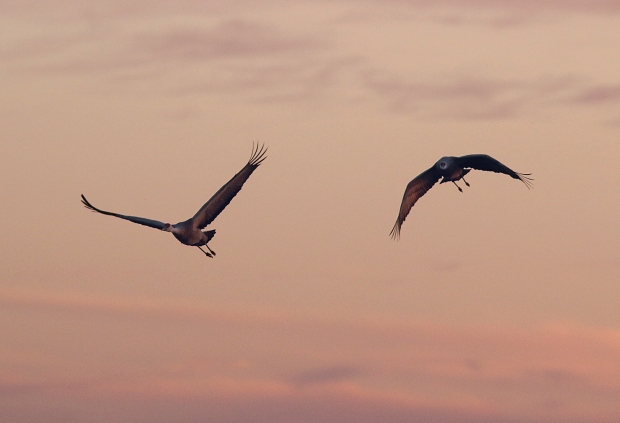 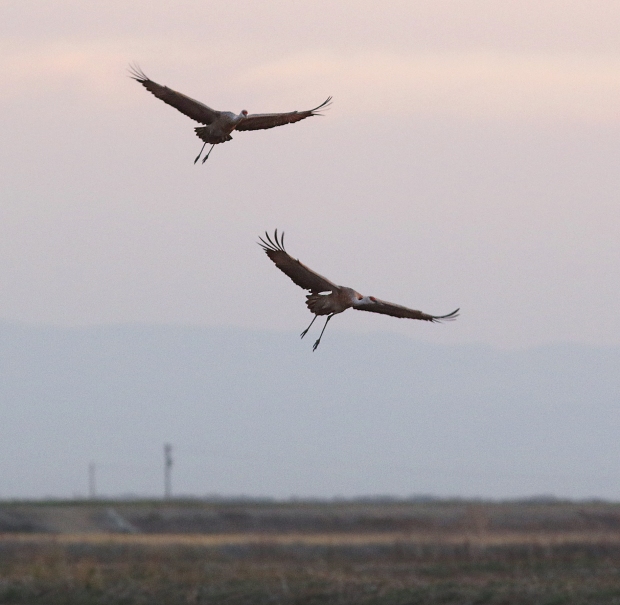 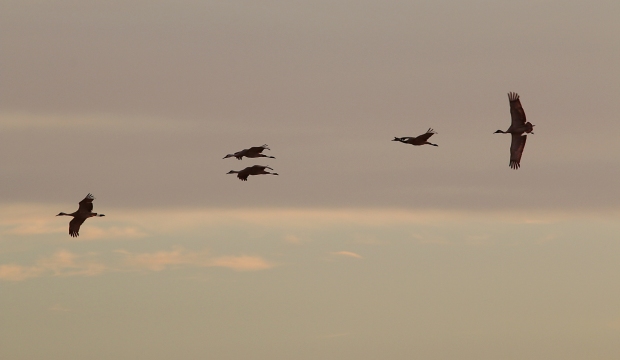 I have usually made the first trip to Isenberg for the season in late October, my trip on Sunday evening was the earliest I have been to Isenberg in the crane season. I expected a scattering of cranes at best but there were quite a few early arrivals to the wetlands. I will me making a return trip for another sunset at the reserve at the end of the month. I also plan a sunrise trip in late November or early December to catch them leaving on their daily rounds to forage for food in the surrounding areas. 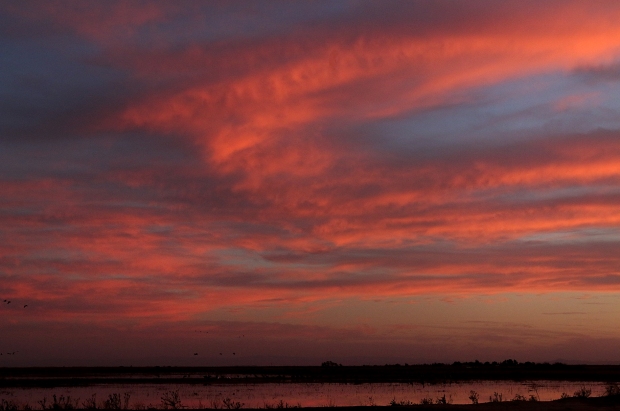 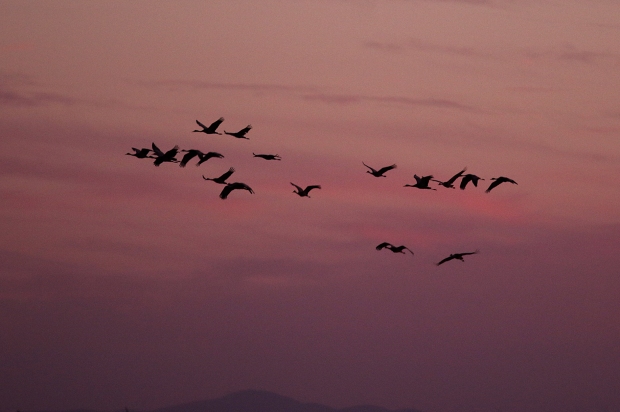 It is always a special time when I visit Isenberg. It may be just a few miles outside of Lodi but to me it is a wondrous world full of colorful sights and sounds as the cranes arrive to the last strains of light in the day.

← Open House
Through a lens darkly →