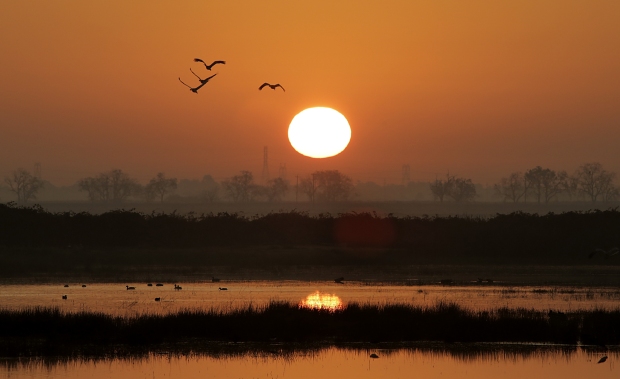 There is a serenity that’s hard to describe standing alone in the darkness looking at the stars in the heavens above. Shivering in the pre-dawn starlight I listened to the sounds of sandhill cranes stirring from their evening roost during my last visit of the season to the Isenberg Crane Reserve to watch the sunrise over the wetlands. 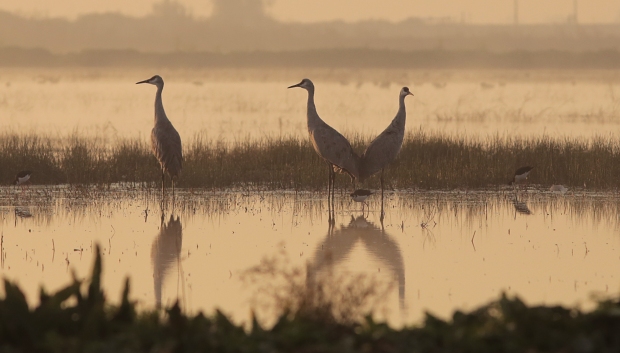 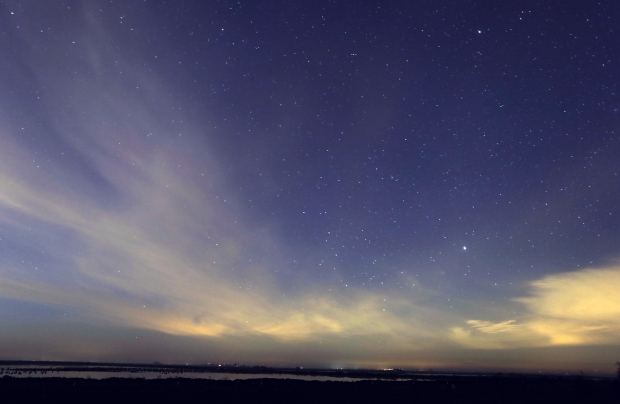 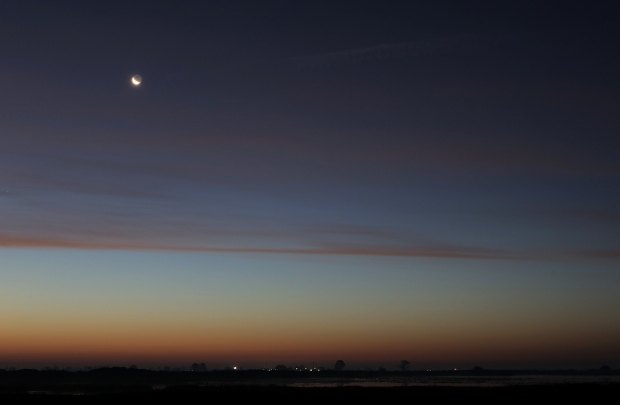 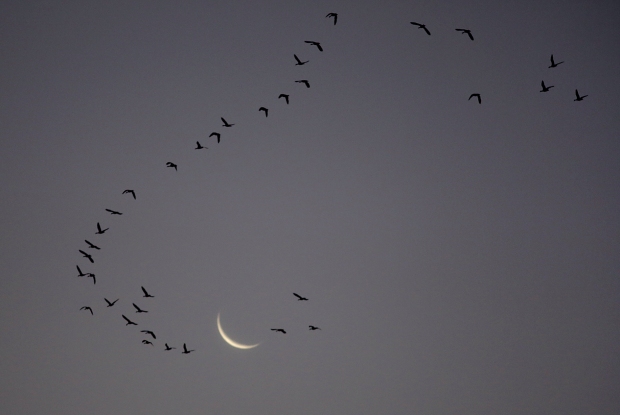 I had planned to make my sunrise trip to Isenberg sometime in December but with the clear and mild temperatures I decided to head out Early Saturday morning for my fourth trip to the crane reserve. 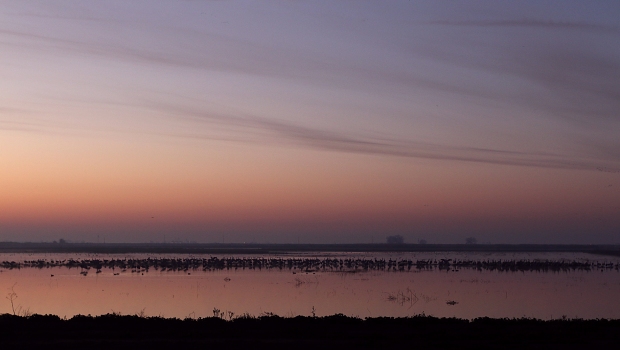 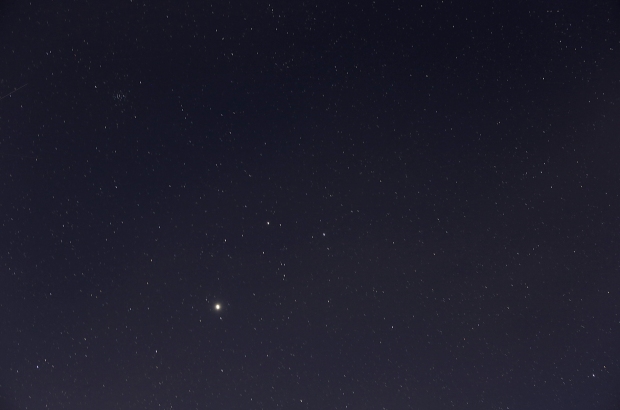 Clear skies greeted me as I arrived at wetlands just after 5 a.m.  Sunrise was set for 7:03 a.m. and first light of dawn would occur around 6:30 a.m.  I set my Canon Eos 5D MK III on a tripod for some panoramas of the starry sky and crescent moon above Isenberg. The thin layer of morning clouds and fog illuminated by city lights and the first hints of dawn glowed eerily in the photos. The crescent moon shined through a the thin clouds while the stars filled the open spaces in front of me. 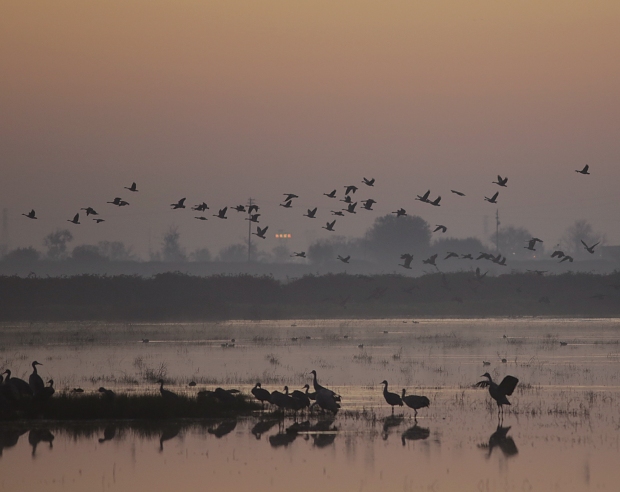 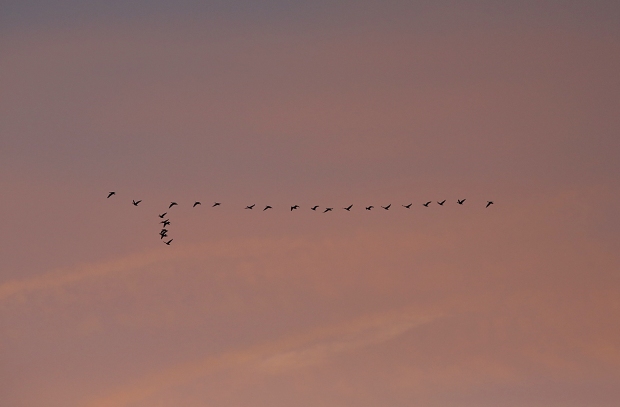 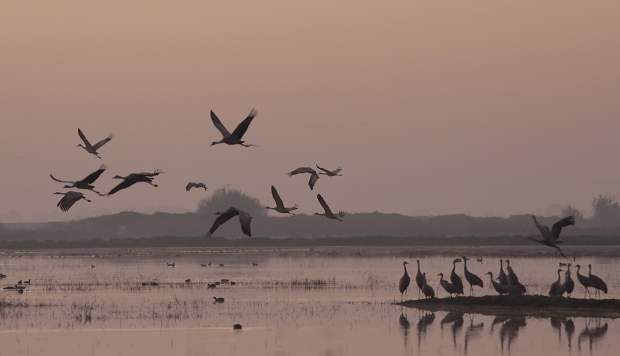 As sunrise approached I switched to a 300 mm lens to capture the cranes departure and the suns arrival.  A 70-200 mm along with 17-40 mm zoom on a Canon Eos 70D would give me a wide field of view of the sunrise. As the sun rose the temperature dropped and a light layer of fog flashed across the wetlands lasting for about 15 minutes. The sky brightened from the deep indigo to the red and yellow hues of early morning sunlight. By 7:45 a.m. most of the cranes had departed and the sun was now well into the sky. My sunrise complete I headed home as sunlight reflected a rainbow in the thin layer of clouds that remained above the wetlands.

I always look forward to these winter months and my opportunities to photograph sunsets and sunrises at Isenberg. The cranes will soon depart on the long road home and I will wait for a chance to photograph their return.

← In the pale moonlight
Frozen →

2 thoughts on “Let the day begin”