The partial solar eclipse above Tracy at maximum coverage, 10:17 a.m.

There aren’t two many things people can share from coast to. To all be in that moment together. Usually it’s politics and an election that we all share. On Monday across the country we shared a common view from many perspectives.

It was billed as the Great American Eclipse, a 70-mile wide swath of darkness that would plunge millions of people into darkness  and then give them a new sunrise after two and a half minutes. The path of totality swept down from Oregon to the South Carolina coast. California was outside the path of totality with cities getting a range of partial eclipse, growing greater further north. 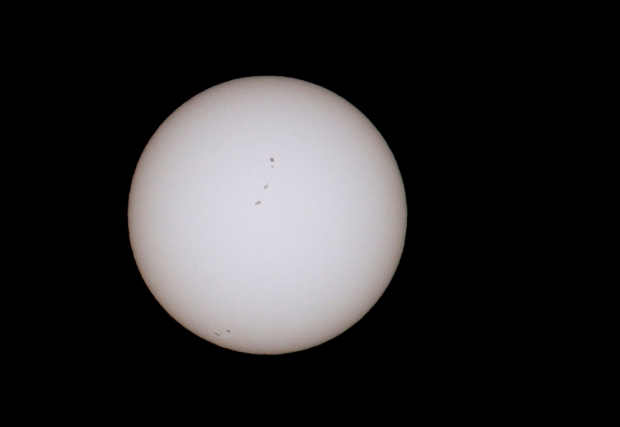 Here in Tracy the eclipse was set to top out at about 80 percent coverage. Far from darkening the heavens but enough for a good celestial show. 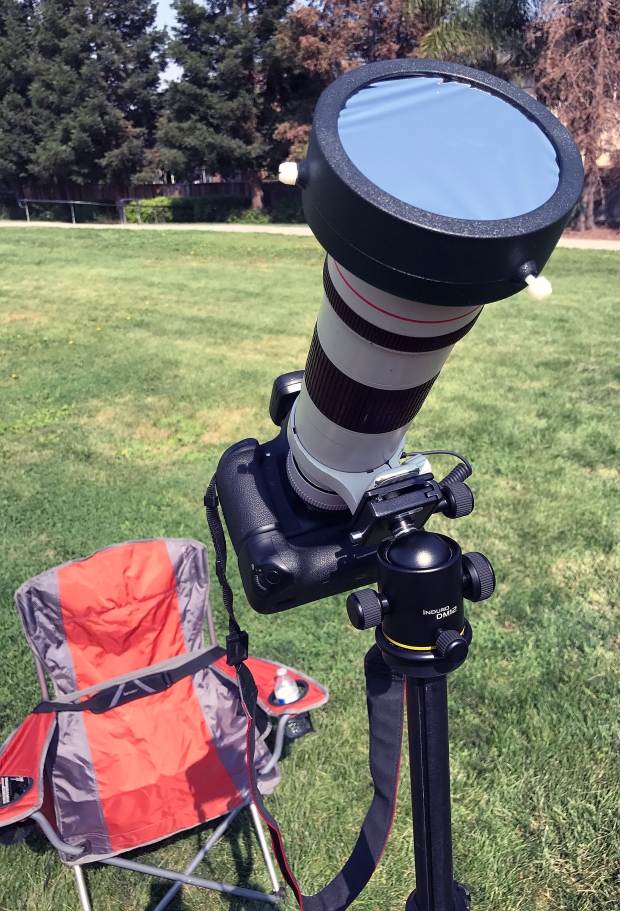 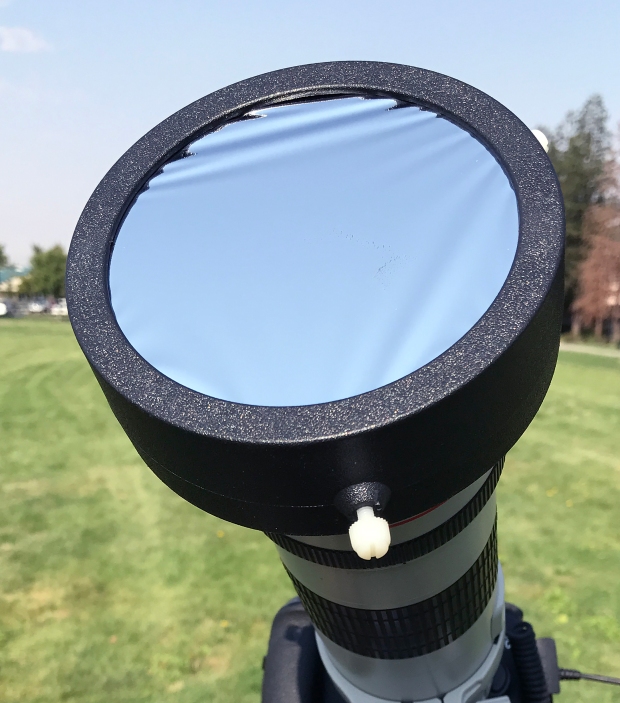 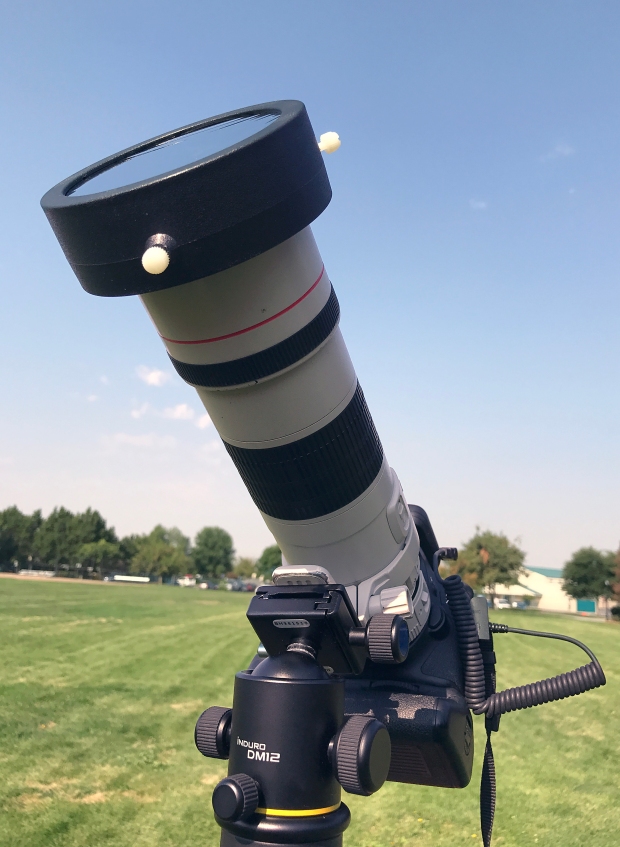 I planned ahead for the eclipse buying some white light solar filter to allow me to safely photograph the sun. With a tripod, three camera bodies, a wireless shutter release, spare batteries, folding chair, eclipse viewing glasses and a home-made pinhole projector I set up my solar observatory at a local park and counted down the minutes for first contact of the moon crossing paths with the sun at 9:02 a.m. 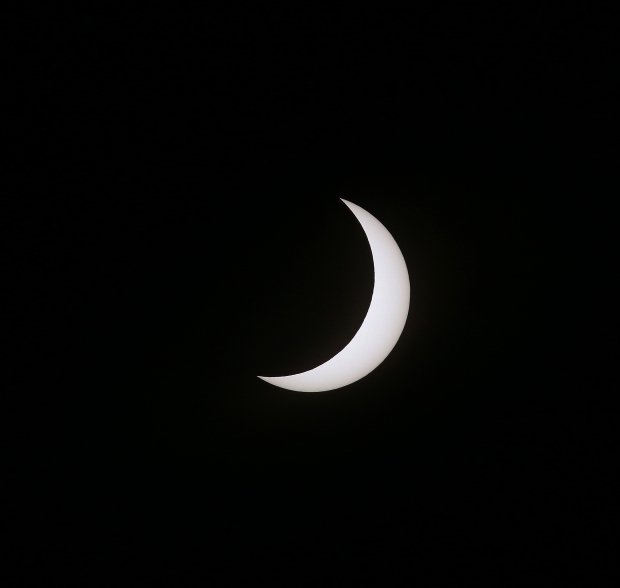 Watching the partial eclipse unfold it reminded me of the game PacMan as the moon took a progressively bigger bite out of the sun. Through the orange glow of the solar viewer I watched as the moon sank across the face of the sun. Sunspots disappeared in the black hole crossing the sun. 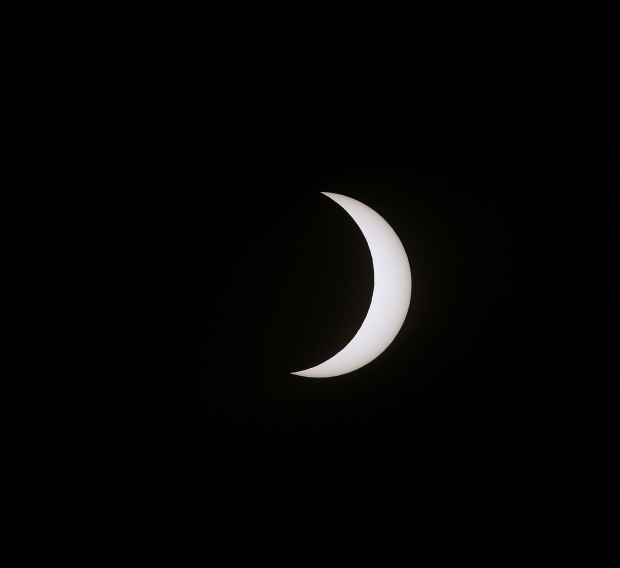 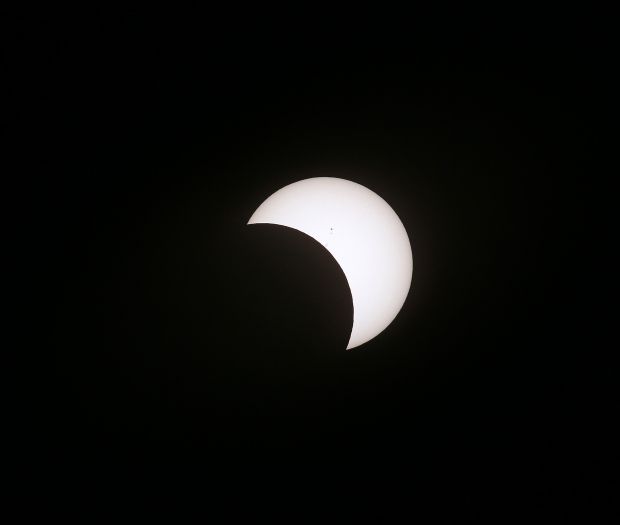 At 10:17 a.m. the moon’s march across the sun reached it maximum. The sun looked like a crescent moon through the solar filter as the moon appeared to pivot and pull away. During the few minutes of maximum coverage the daylight took a faded pall. Colors didn’t vibrant, everything was subdued. 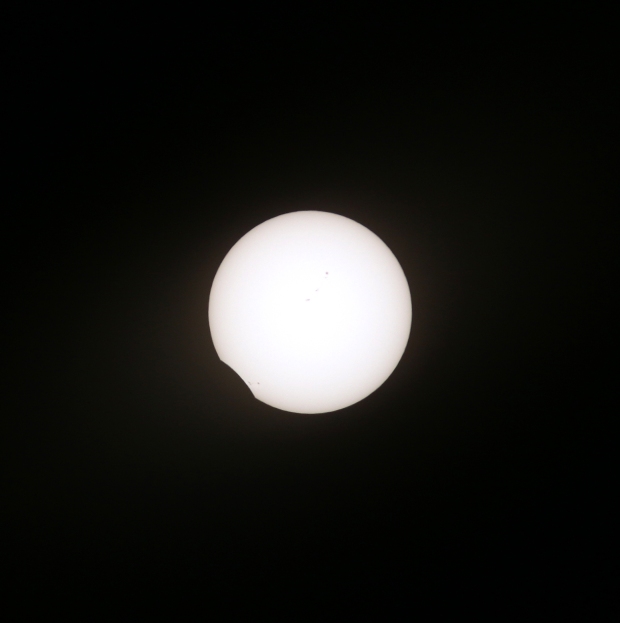 I continued to take photos at regular intervals until the moon cleared the sun at 11:40 a.m. In between pictures I covered the lens with a hat to try and keep the lens cool in the direct sun.

Even though we did not reach totality it was a unique experience to watch the slow crossing of the moon. I have enjoyed seeing the pictures from across the city and the country and to see how they reacted to the eclipse. We did share a common sight but from some very unique and beuatiful perspectives.

← For the birds
Heat of the night →

One thought on “Chasing the sun”