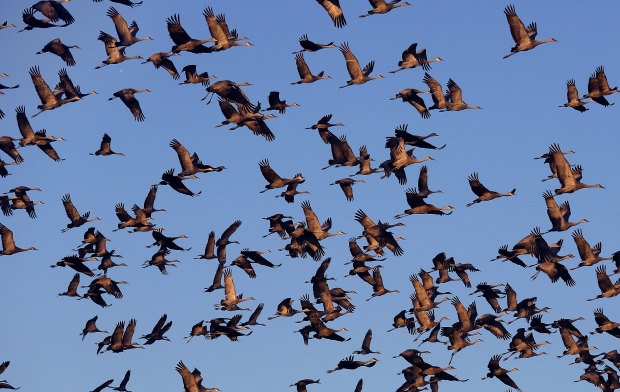 There is a saying, “go big or go home.” The sandhill cranes sunset arrival to Isenberg this past Saturday in the fading light included an en masse departure from their grazing field across from the wetlands. 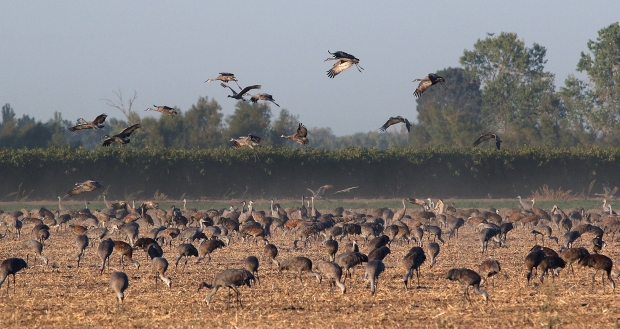 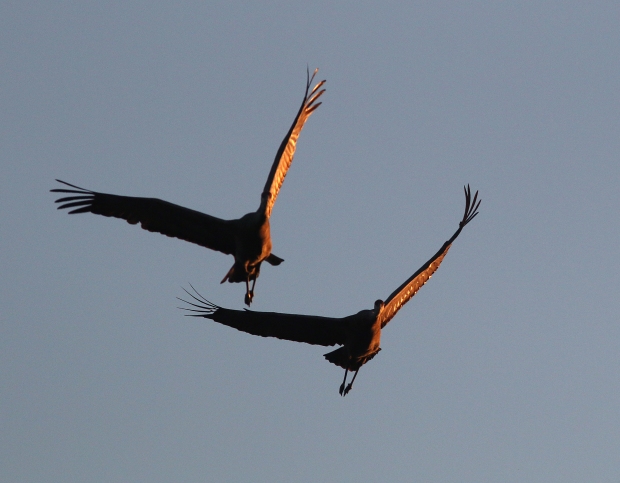 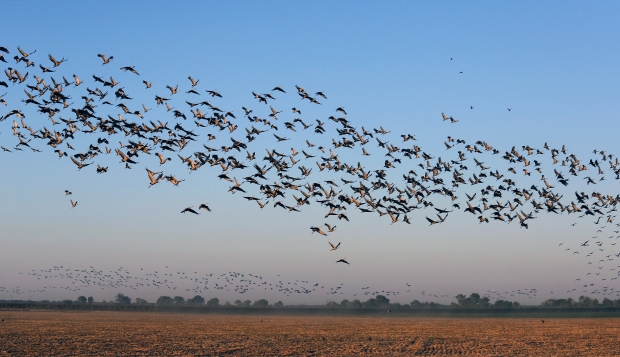 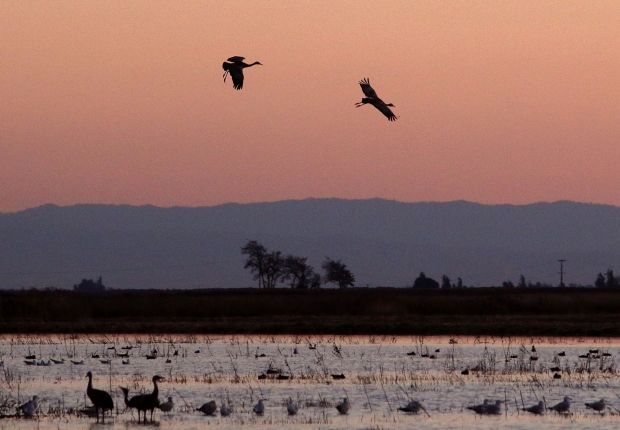 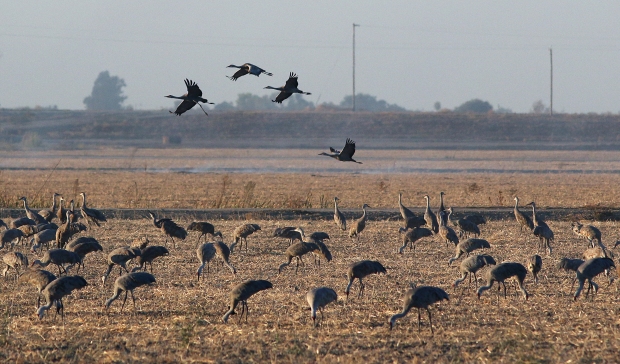 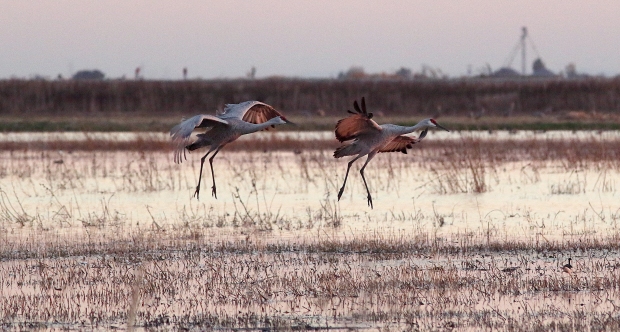 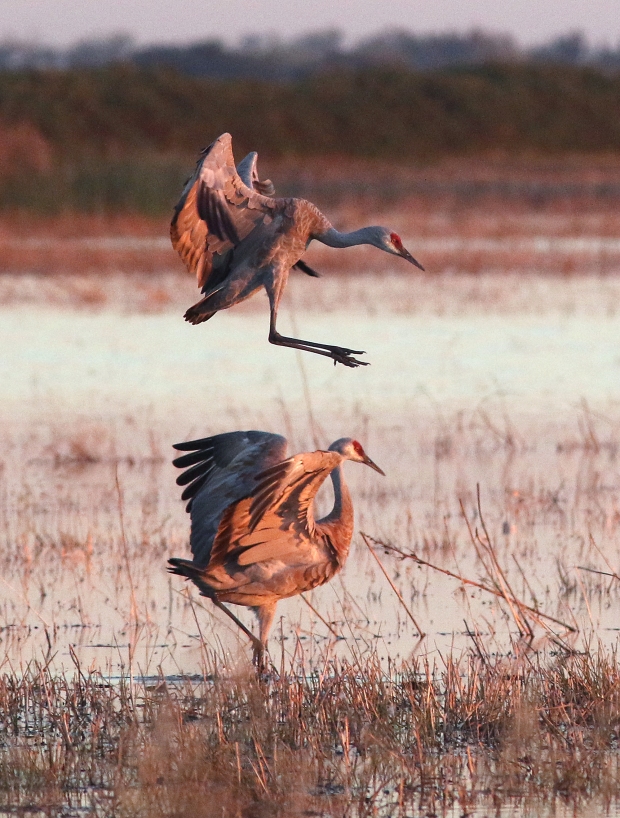 Arriving about an hour or so before sunset the sandhill cranes were already flying back and forth, leaving the wetlands for one last bit of foraging before sundown. The field they were in was mowed down to stubble and lines of cranes dotted the yellowed grass that remained. A farmer in a truck set a line of fire a couple of hundred of feet behind the cranes. The flames didn’t travel fast or far in the sparse stubble but enough smoke arose to drive a few cranes away. 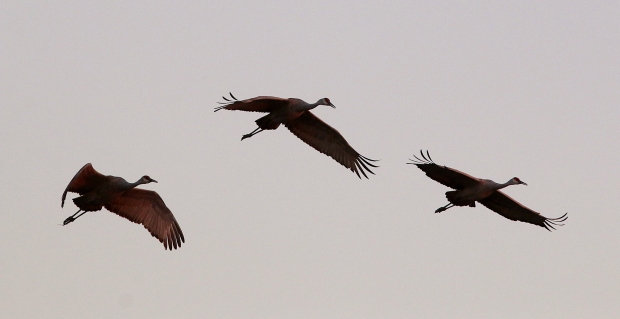 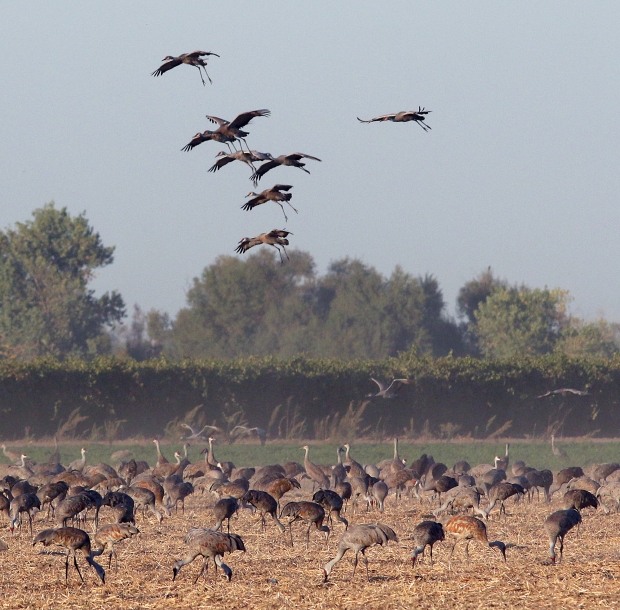 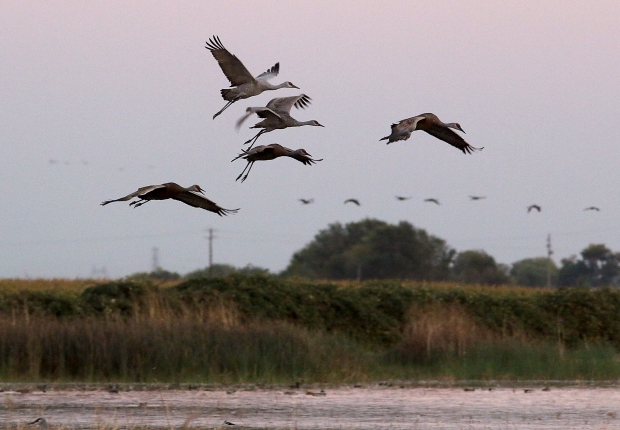 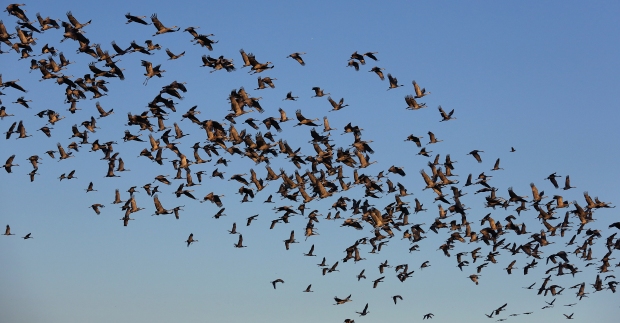 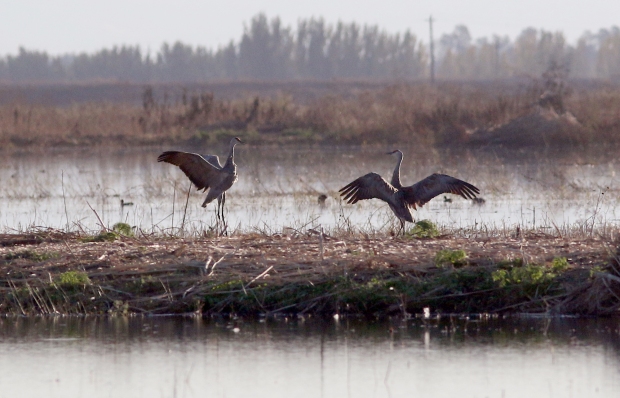 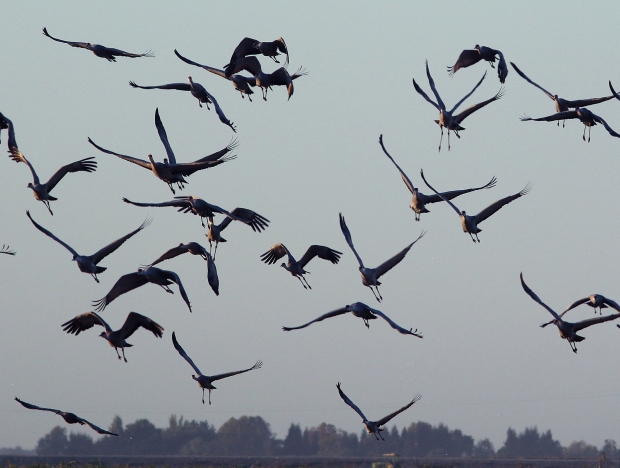 Several waves of sandhill cranes continued to arrive to the farm field for the last chance for food when with trumpeting echoing across the field the cranes lifted of en masse. A wall of bodies and wings arose in unison from the field and circled above for a few moments as the cranes picked a direction. waves broke from the main body and flew off in different directions. The calls trumpeting faded and the field was still. 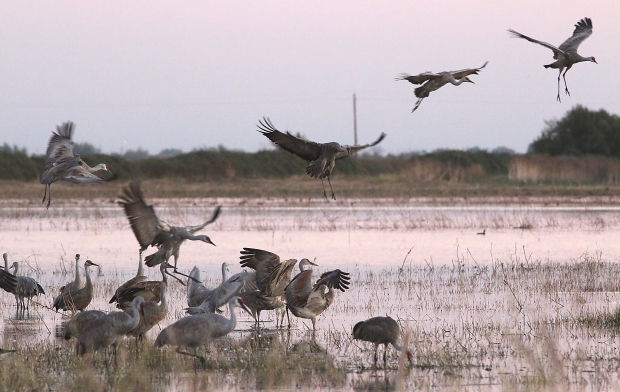 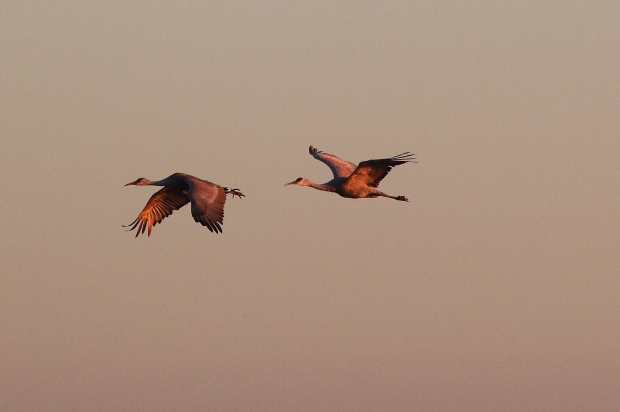 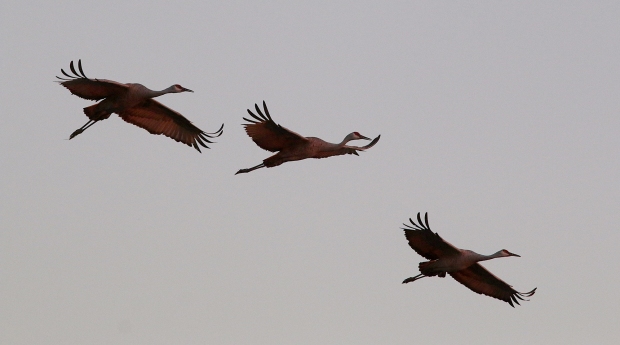 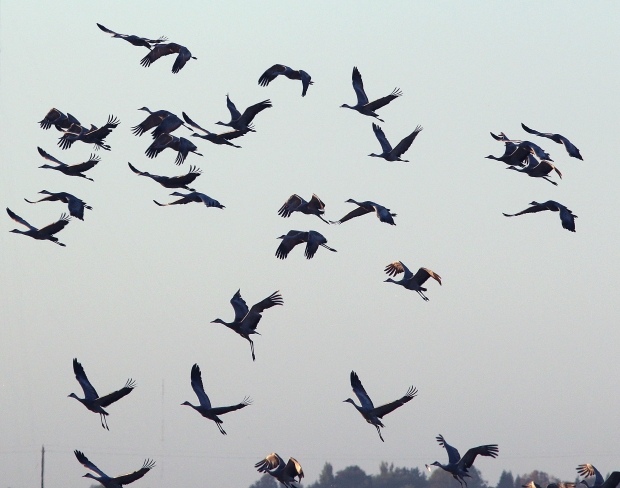 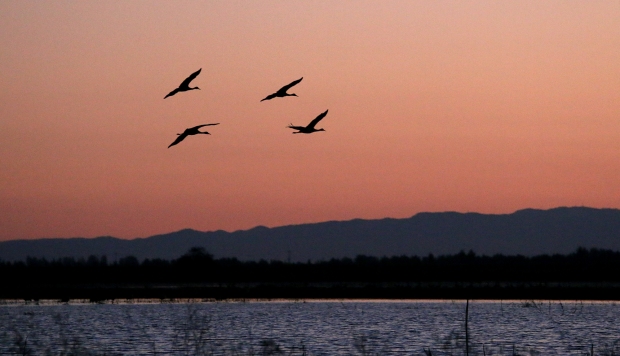 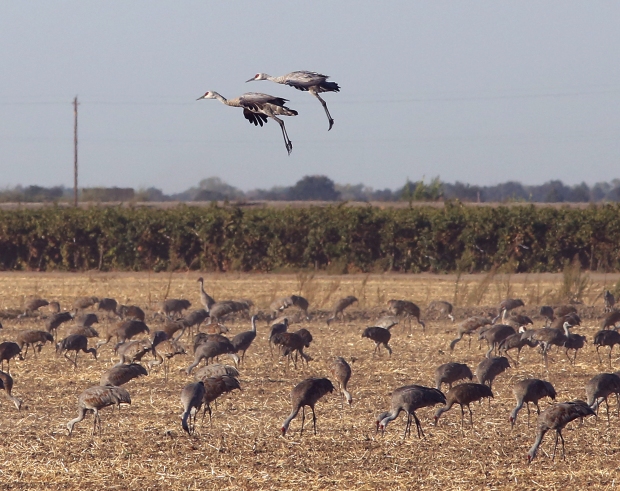 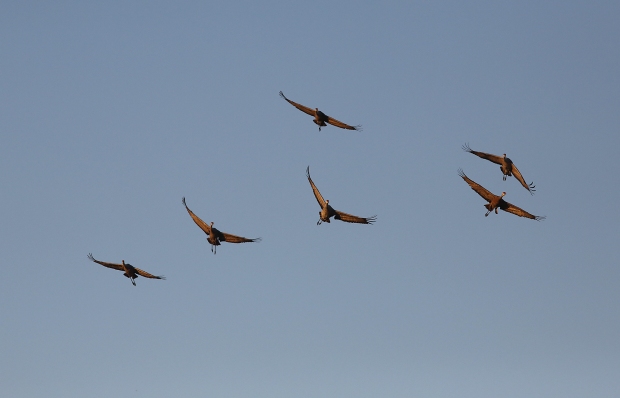 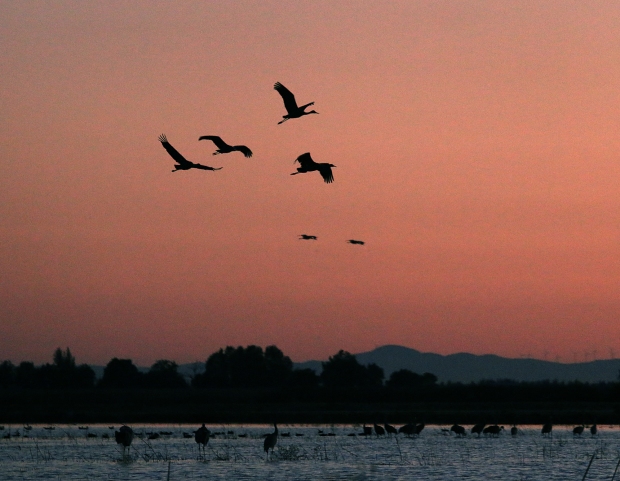 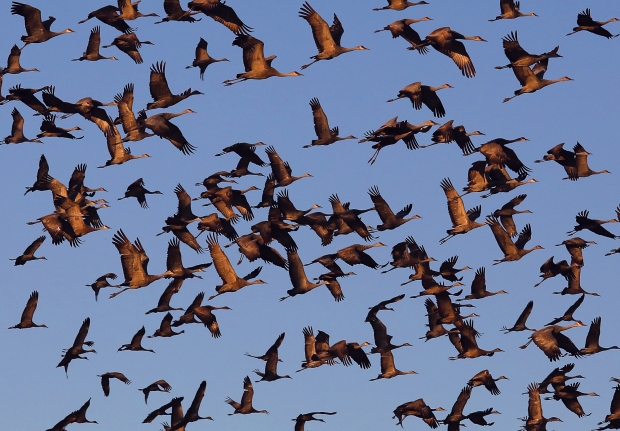 As the sun slipped below the horizon the cranes wheeled back overhead looking for a place to roost for the night. A deep magenta hue swept across the wetlands as the sun sank further out of sight and twilight waned into darkness. The sandhill cranes were back en masse standing in the darkness as night came.